This girl pulled the meanest beauty prank on her boyfriend and his reaction is epic!

This prank is not for boyfriends who have a weak heart.

Again, what’s the most prominent feature on your face that you can’t go without? Go on, say it─ It’s your eyebrows! While we are making 100% sure that we wouldn’t overpluck or shave our eyebrows, Lizette Galvan, a 17-year-old teen from Fort Worth, Texas did something crazy enough to give her boyfriend a mini heart attack.

Related: Must-have to get defined eyebrows 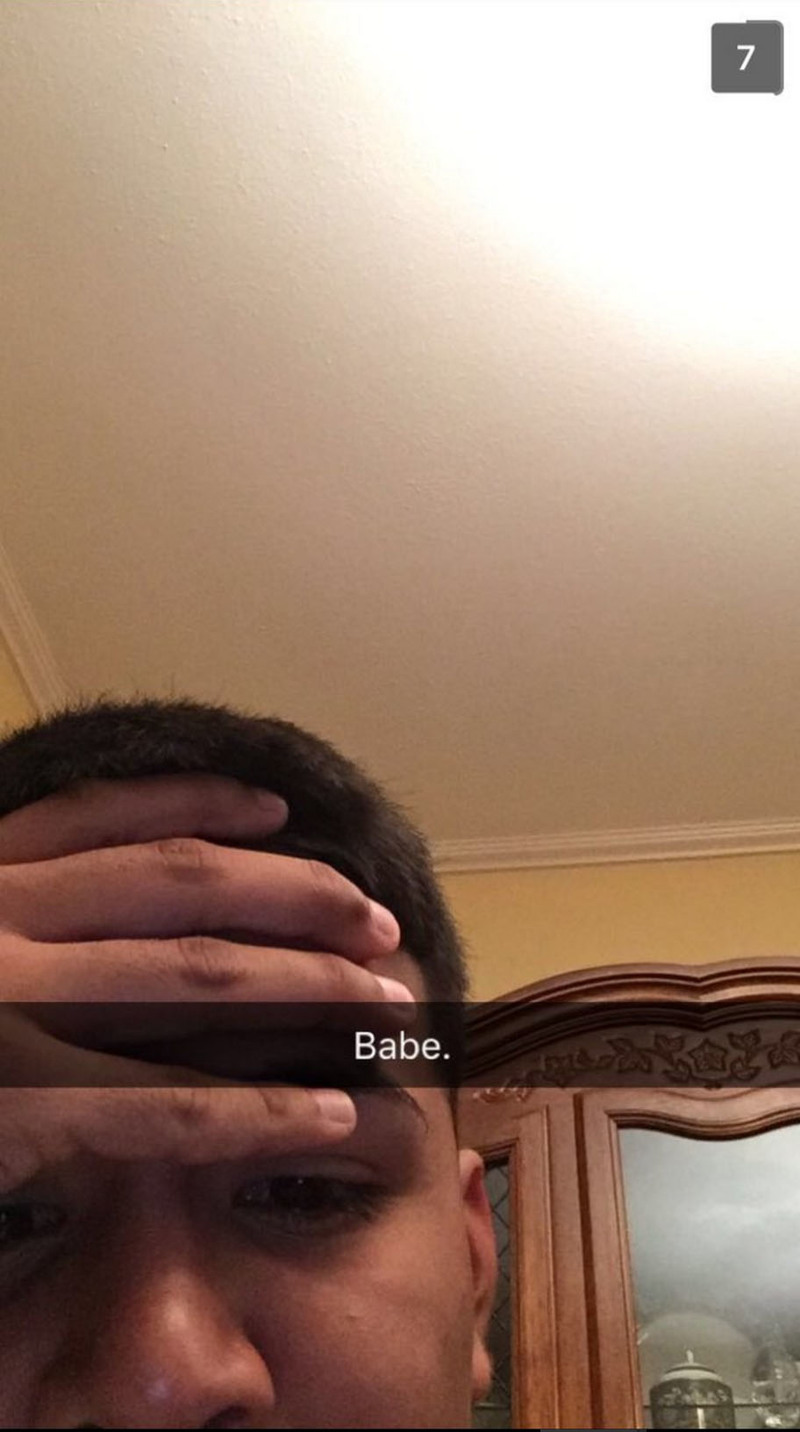 Poor guy... But this frustrated face right here is definitely what the meanest prankster yearns for.

Ok here’s the story. Lizette is a makeup fanatic and it’s not surprising that she would go binge watching makeup videos on YouTube. But what’s bizarre is that she got the idea of pulling a prank on her boyfriend aka best friend while she was watching a Star Wars Yoda transformation video on a Sunday. Not turning herself into one green creature but using one of the tricks she learnt from that video against her boyfriend.

According to that vid, Lizette got hold of a washable glue stick, translucent powder, concealers and setting powder, and temporarily erased one of her eyebrows, then shared the news with her boy. 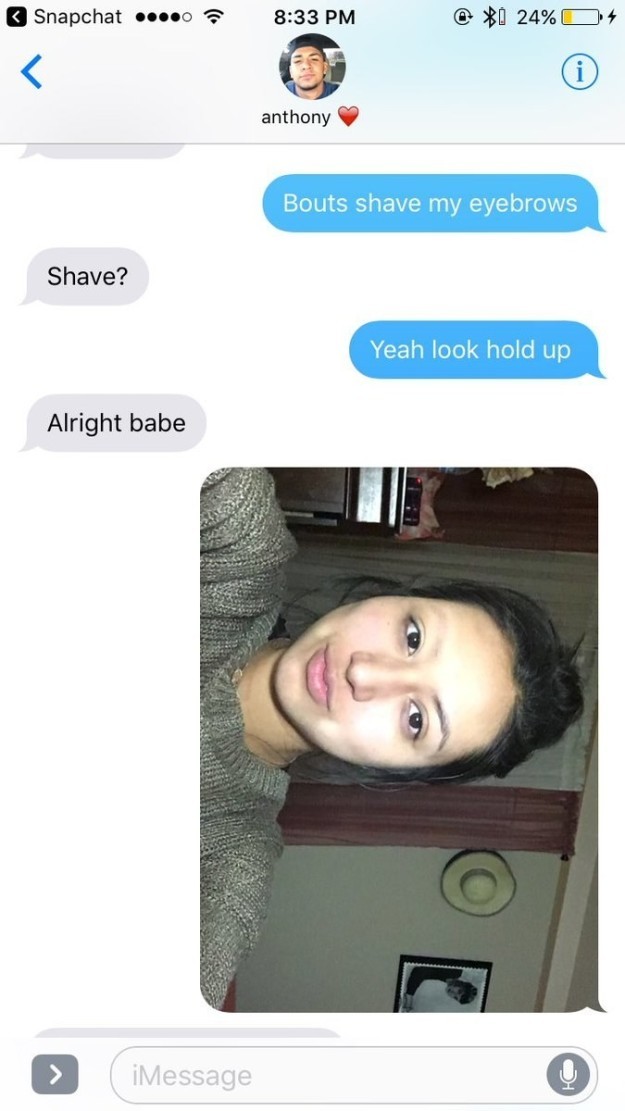 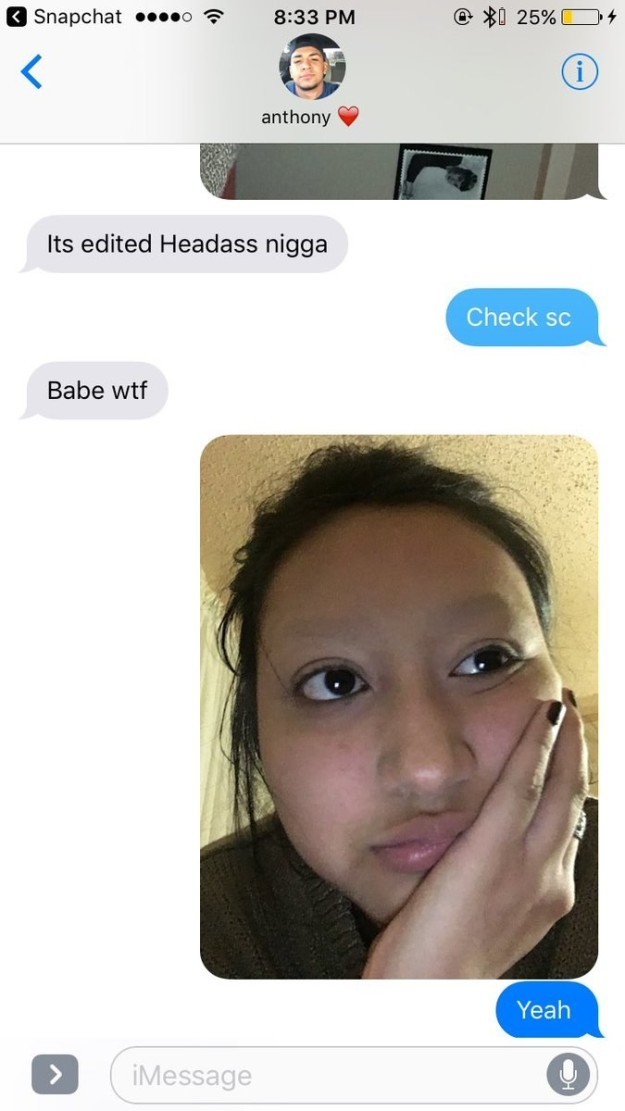 He wasn’t convinced at first but after receiving a Snapchat video from her sans eyebrows, he knew the sh*t just got real… the prank didn’t end there, Lizette even replied with an image of her wearing dark, cartoonish eyebrows with a big bright smile. 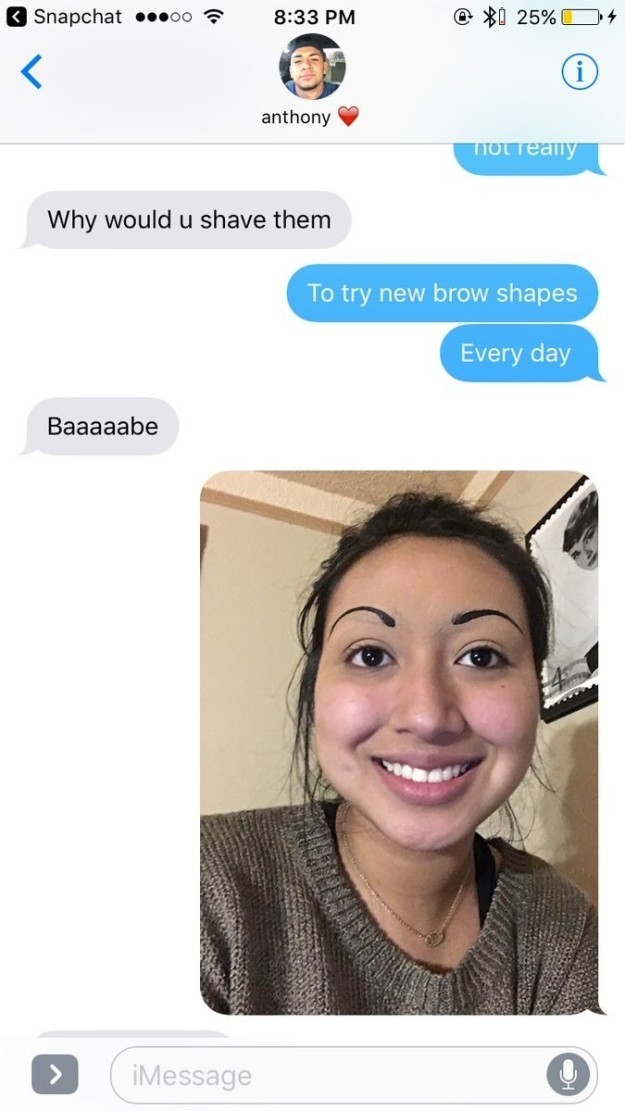 Related: This DIY setting spray is saving you plenty of bucks!

After she shared her stunt on Twitter, it created a big buzz and she has more than 10k retweets and favourites. Some of them pity the boyfriend for getting such dreadful prank but most of the fans laughed it off and gave the relationship blessings.

Awh she play to much😂😂😭 https://t.co/HsS2uyiYpX

@galvanlizette13 he's still not rude about it even though he's shocked as hell, bless y'all & y'all's relationship❤️❤️💪👍

@galvanlizette13 this is so cute omg, I'm dead

After all, associating fun (and thrills) can help maintain a healthy long-term relationship, so ladies, get yourself a glue stick, try it out and share us your experience!

Product mentioned in this article

How to Tell if You Have Dry or Oily Skin Type

The Ultimate Care Gifts for Your Man This New Year